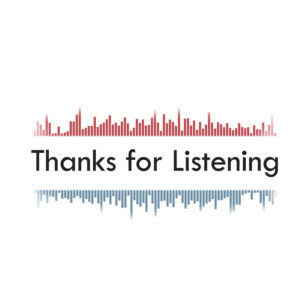 When we launched the “Thanks for Listening” podcast in the fall of 2018, our goal was to explore what seemed like deep and growing political polarization in the U.S., and to find out what was being done about it. We wanted to be able to tell a hopeful story about people and organizations who are working to “bridge the partisan divide in America,” as we said in the opening of each episode. And for both of the authors, hope was something we needed; the political and social dynamics at play at the time seemed to be posing dire stress tests to some of the basic premises of our work.

So in some ways, reflecting on the current moment is a rather inelegant plunge into cold water. From the vantage point of October 2020, the challenges of 2018 seem almost quaint. The American West is literally on fire, and the images are nothing short of apocalyptic; but instead of care for the lives, communities, and millions of acres lost, we hear a sharply partisan battle about climate change.  George Floyd’s death sparked months of protests and outrage—outrage about the police and racial injustice, and outrage about the protests themselves. The commentary around the imminent election has increasingly described the stakes for the country in existential terms. And the world is in the grip of a pandemic that has been socially, psychologically, and economically devastating—and bizarrely politicized. It would be easy to conclude that polarization has only gotten worse.

But how does one measure polarization? Is it a collective zeitgeist? Does it live within the discourse of politicians, talking heads, and so-called pundits? Can we gauge it by what we read and hear in traditional or social media? By the speed with which we label other people based on what they believe on a certain issue? Or by how quickly our blood rises in when we watch the presidential debates?

All of these are probably pretty good barometers of how deeply we feel polarization penetrating our lives. Our guests articulated a variety of ways in which our differences are consciously or unconsciously made palpable in the current environment. Andres Lombada Bermudez spoke passionately about the ways in which social media platforms can quickly and easily amplify extreme views, which then foster tribalism and turn a user’s news feed into an echo chamber. And many of us know firsthand that deep political differences are damaging our closest family and friend relationships—our first episode highlighted a study that showed people actually cut Thanksgiving dinner short if they traveled to an area that was politically different than their own. And yes, you can trust your own eyes—Congress is a partisan morass; just ask our friend Congressman Dean Phillips, who joined us on Episode 10.

But these felt realities live alongside evidence of something different. A recent study suggests that rancorous partisanship in the U.S. is more of an illusion than a universal truth, driven by a small minority of political junkies who, in a sort of self-fulfilling prophecy, are far more likely to speak out about politics in the first place and give issues (and people) a starkly partisan frame. The study concludes that most people simply do not hold such deep animus for those in the other political party.

At an anecdotal level, the individual stories we heard from our guests bear this out—across the country, people are actively building spaces to connect. For Ben Fink at Roadside Theater in Kentucky, divides are not only overplayed but also unnatural, imposed by a power structure that actively markets the culture war and sows division for profit. Acknowledging real differences, but also common purposes, Roadside Theater creates space for art, dialogue, and economic empowerment that allow people to share and capitalize on their strengths. From Sharon Press and John Thompson’s Community Conversations after the killing of Philando Castile, to Paula Green and Gwen Johnson extending their Hands Across the Hills from Kentucky to Massachusetts, from Liz Joyner at Village Square to Joan Blades at Living Room Conversations, the belief in the power of dialogue to engage differences and build stronger connections was unyielding, but also nuanced. Our guests were clear-eyed about the challenges of engaging with the political “other” in a way that demonstrated their empathy and understanding of just how hard this work can be.

To be sure, some of the work we learned about on “Thanks for Listening” is being done by people with long careers in dispute resolution, facilitated dialogue, and community engagement, such as our amazing colleagues at the Divided Community Project. There is a critical role for this kind of leadership to thoughtfully and skillfully design opportunities for people to come together. But you don’t have to be an academic, a social scientist, or a facilitator to build bridges. Hundreds of organizations around the country are thriving and eager for new members to get involved in their community programs. Connect with any of the groups that are banding together under the Listen First Coalition umbrella to have a greater collective impact on the work of bridging divides. Join an on-line conversation hosted by Living Room Conversations, or host one yourself. You might even get your kids involved—based on what we learned from the “Can We?” project, young people could teach the adults in their lives a thing or two about building a capacity for empathy and engaging in real problem-solving with people who feel differently politically.

But while hundreds of organizations are active and effective when it comes to dialogue work, our podcast guests also challenge all of us to think more deeply about what we can do in our own spheres to change the dynamic. What are the ways, big or small, that you could leave your “bubble”? And what would persuade you to make those moves? How curious do you feel about those who feel differently than you, and how can you honor and foster that sense of curiosity? How can you practice the skill of listening to understand, rather than listening to refute? What is one thing you could try or do differently in your conversations with a friend or family member with whom you disagree, in order to shake up an unhelpful communication pattern?

Ultimately, we don’t believe this podcast definitively answers the question of how polarized we are as a nation. What we did learn is that people are adaptable. Our guests’ creativity, persistence, curiosity, courage, and basic human desire to connect overcame whatever real or perceived divisions separated them from their neighbors. The inertia of withdrawal was pushed aside in favor of a coming–together of different backgrounds and views that, against the backdrop of a narrative about how different individuals and groups can’t co-exist, feels almost radical. Our guests look for the places where polarization is showing up, and actively face the political “other” in service of gaining deeper understanding, building a stronger community, and finding a way to live and work together. We write this reflection at a particularly tense moment: on the precipice of a historic election, the work of bridging the partisan divide feels more daunting than ever. But the reality is that Election Day will come and go, and regardless of the outcome, there will be work to do. The stories we heard through “Thanks for Listening” were affirmations that this work can be slow, non-linear, and complex. They also remind us of the creative ways in which people will try to connect, no matter the circumstances—and we think that is something to be genuinely hopeful about.

We are so grateful to the American Arbitration Association’s International Centre for Dispute Resolution Foundation for the financial support that made “Thanks for Listening” possible.

Neil McGaraghan is a Lecturer on Law at Harvard Law School and a Clinical Instructor with the Harvard Negotiation & Mediation Clinical Program.